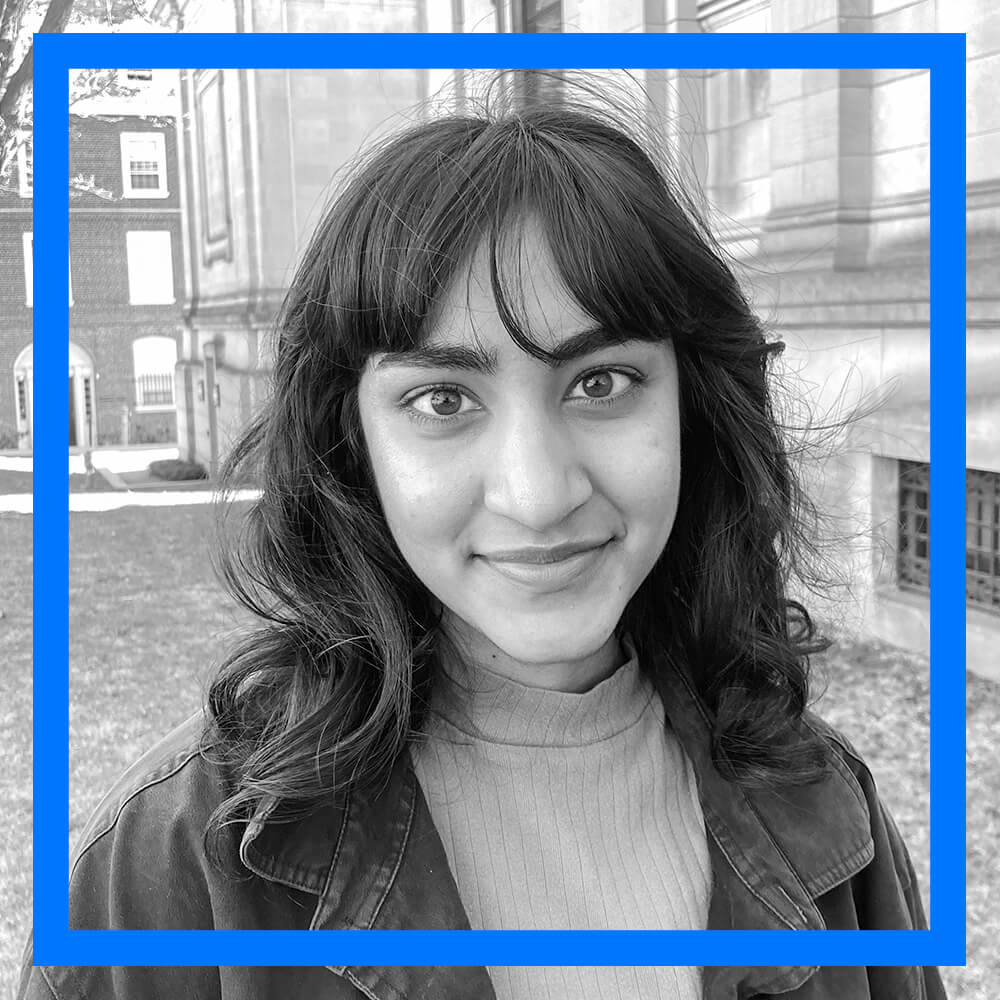 I am a child of South Asian immigrants, studying art and design at RISD. Out of the need for survival and success, much of Asian American values are based on hard-work, following a “stable” career path, and instruction, without question. But whenever I was forced to follow this status quo, whether that be obsessing for perfect grades or, involvement in strictly college-friendly extracurriculars, it always felt inherently wrong with who I was. I am fortunate enough to have parents that allow me to pursue art, and always honored my happiness over social norms or material success.

However, once entering art school, I realized how isolating it was as a woman of color and a child of immigrants. Within the Architecture department, I’ve always been forced to fight against harmful practices and values that are entrenched within the culture and supported by tenured faculty.

Initially, I found myself questioning an abusive professor who would threaten and constantly demand ridiculous amounts of work. It was widely agreed upon that the production of drawings and models were more important than the needs of the self. I struggled to justify to my professors and peers why it felt so wrong to follow these rules, and to see these harmful values and habits being adopted by my peers.

Our projects were always centered around conceptual forms, and programs, but rarely asked us to think about who they would be for or who would be affected by the design. The design is shaped from a personal artistic inclination, rather than by the needs of surrounding communities or the environment.

Architecture is thought of as a purely built construction, Always as a material object. It’s never first approached as a space in a place for the needs of people. And if it is, it’s always a top down process, where community members are disengaged from the process.

This summer, I worked with growers and vendors from the Sankofa community gardens and market through a fellowship. I watched them nourish a plot of produce, and sustenance in a highly diverse neighborhood with plenty of abandoned lots, experiencing a food desert. Almost all of the growers are refugees or immigrants from West and East Africa, who were raised growing food in their home countries.

The West End however, is sparse with markets and the ability to find fresh produce. Instead, it has an abundance of fast food and pavement. But these women have used this paved abandoned lots as an opportunity to grow culturally specific produce as a healing practice. I witnessed the care that comes from the garden when a grower was weeding with, pushed me into her home for some home-cooked food with ingredients from her plot. Being in their presence, and having an opportunity to support their mission through art and design has been so inspiring and healing for me. Sankofa meets a need for green space, healing, and sustenance for and with a community of refugees and immigrants. The people, the space, and the practice, make a damn good piece of architecture, in my opinion.

From the experience of being there this summer, I noticed a few moments of weakness. Stealing. During peak growing season, it was common to hear complaints about this person or that person taking someone’s freshly ripe peppers. This is a common struggle for community gardens across the country, especially with outsiders doing the stealing act. However, I found that in Sankofa, it seemed to be the result of miscommunication and cultural differences. Because of language and scheduling differences, I found it rare that more than one grower would be in the garden at a time. They rarely had relationships with each other, or communicated directly to one another. In addition, the grid of garden beds each had an individual owner, no co-ownership.

This contrasts many of the cultural values these growers hold, which are typically centered around sharing, working, and acting with family and community. I imagined that to create stronger supports for this “architecture”, as I’m calling it, was to change the way the garden is owned. What if growers worked through their language differences to find a commonality of knowing how to work to care together? Plots is owned by the certain vegetable. The space is collectively owned by all of the growers.

When I go to the markets where the growers sell produce, I am in awe with how generous the vendors are with one another. Regardless of language differences, they help each other set up tents or just playfully tease one another. There’s a common understanding of their place as immigrant growers in a predominantly white Rhode Island. Their practice is essential for themselves and for their community. Selling at the weekly market together, especially when there’s good music playing, brings out a lot of love and care for one another. This joy is one of the most beautiful and critical parts of the West End community. it overrides systems of racist capitalistic neglect.

I am so grateful for being able to support a life-giving space this summer. For the first time, I’ve seen and engaged in a non-building, soft, and prosperous architecture. It was also deeply healing to be welcomed without any forced pressures to be a certain way in the service of white respect.