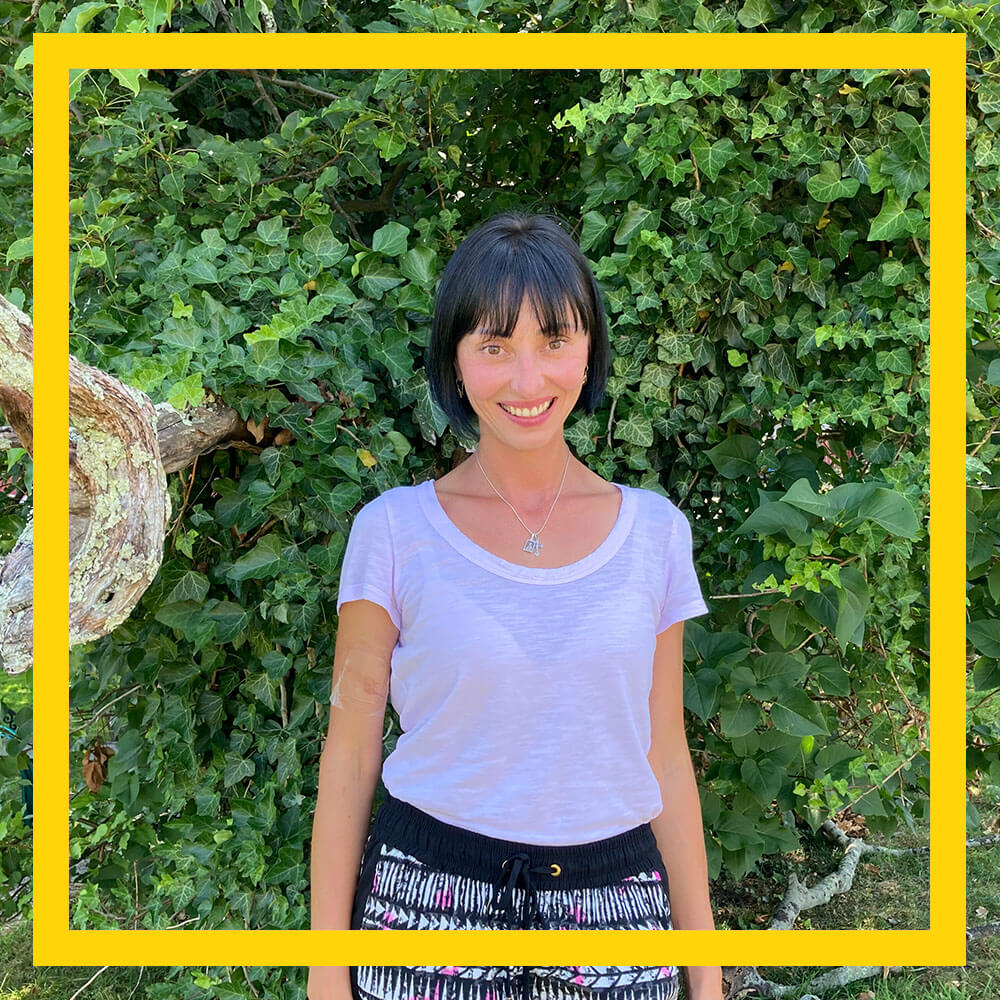 To listen to this story, click the play button above. The following transcript has been edited for length and clarity.

I’m from the southern part of the country. That is the frontline right now. The area where I’m from is called Kherson region. The settlement is called Novovorontsovka. I was born there and raised there. And also, later in my years, I moved to a nearby town that is called Nikopol [in the Dnipropetrovsk region]. It’s just perfect. It’s absolutely beautiful land. This is how I remember Ukraine. And before the war, we were going to Ukraine almost every year to visit.

When everything started, I remember, it was just like yesterday. Because of the time difference, it’s plus seven hours. It started on February 24 at 5 a.m. So in the states, it was minus seven hours, so it was evening. And I remember my husband was watching TV, the news, and he’s telling me like, “Luba, Russia invaded Ukraine.” And we actually were watching the beginning of the war on TV. We didn’t sleep the first night through the whole night. You know, I was sitting there and just, I was crying. I didn’t realize that I was crying all the time. I couldn’t believe. It was like you’re watching a movie.

My 86-year-old grandmother, she lives in [the] Kherson region. And she and other members of the family, they had to move from that village where they’re from because it’s under attack right now. The other day, the missiles just hit one of the houses on my grandmother’s street, one of her neighbors.

At some point you feel guilty that you are in a safe place, that missiles are not flying over your head. So you feel guilty for that, knowing that your family members, you know, your friends, that everyone is there. There’s such an expression, that waiting for death is worse than death itself. It’s just like, you’re sitting and waiting, and constantly waiting. I was just constantly thinking, what can I do, you know? What can I do? Like, you have this moral obligation to do something.

“All Ukraine is your family”

I work at RaNew Salon and Spa. I’m a nail tech. The person who I’m working with–Rachel Prendergast, and Amber, her daughter–they, besides owning the salon and running the salon, they’re very active in the community.

They were absolutely so responsive, so helpful, so generous, so thoughtful. And, you know, people’s solidarity is just, it’s like everyone united. It’s unbelievable. You think that these people, they have never been to Ukraine. But they felt like it was their pain, you know, like it was happening to someone who they know.

Obviously a lot of clients, they know that I’m from Ukraine. And everyone was very, very gentle and very delicate about this topic. And people were asking me, you know, how is your family? How is everyone? And at some point, when people ask you, “How’s your family in Ukraine?” You just feel that all Ukraine is your family. Like all the people in Ukraine, they are your family, you know, that doesn’t matter. Thank God, for example, my family, they’re alive. They’re in a relatively safe place or conditions. But there are other people, you know. My neighbors, for example, they are not. So you never feel good or satisfied. You’re just thankful and grateful to God for, you know, for saving those people who are safe, who are alive right now. It just becomes everything more sensitive.

Love Ukraine: An excerpt of a poem by Volodymyr Sosiura

One of the poets who, he’s a Ukrainian poet, his name is Volodymyr Sosiura. And he wrote this amazing, beautiful poem about Ukraine that I had in my mind all the time. And still I’m having it in my mind, in my head. The poem is called “Любіть Україну” [Lyubitʹ Ukrayinu]. That would be in Ukrainian. In English it sounds [like] “Love Ukraine.”

Love your Ukraine, love as you would the sun,

The wind, the grasses and the streams together.

Love her in happy hours, when joys are won,

And love her in her time of stormy weather.

Love her in love, in labor, and in fight,

As if she were a song of heaven’s portal.

Love her with all your heart and all your might,

And with her glory we shall be immortal.

Update: Since this interview was conducted, Liubov’s hometown of Nikopol and home village of Novovorontsovka have come under new artillery and missile attacks. There have been multiple fatalities and buildings destroyed. Liubov wrote, “As Russians have with other towns, their focus of attack is upon schools, hospitals, residences, cemeteries, gathering centers, [and] transportation.”

Liubov is currently organizing a GoFundMe campaign to raise money for direct aid to her hometowns on the frontline of the war in Ukraine. For more information on the fundraiser, click here.