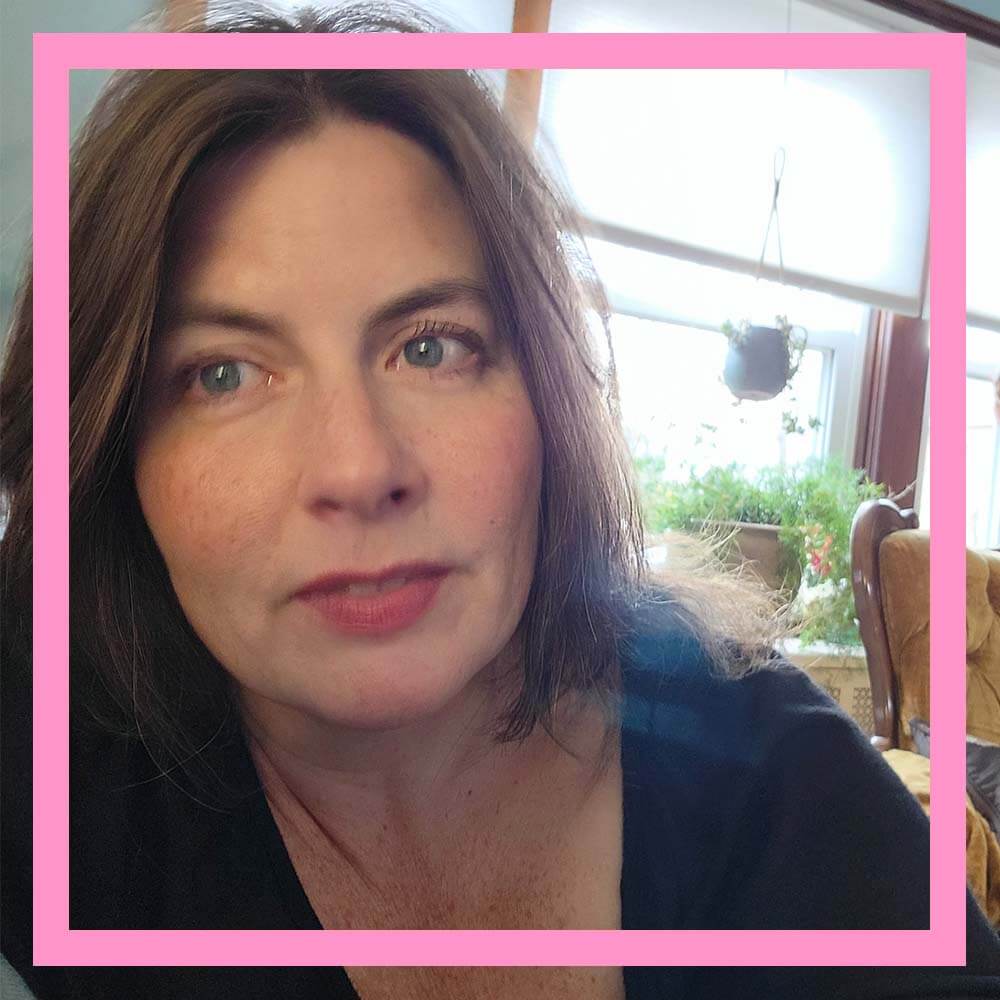 The Public’s Radio’s podcast on immigration, Mosaic, has a series of community essays. This one is by Eve Kerrigan [KER-iginan] a writer and actor living in Cranston, Rhode Island.  Her essay is titled “What’s Real?”

The text said, “Happy Birthday! Hope you had a blast!!!! Truly yours, xhusband.”

There were heart emojis and one of a rocket ship blasting off. I laughed and sent a text back saying thank you and I signed it “Wifeyxo.”

It had been at least ten years since our divorce,

It had been close to 30 since we climbed the narrow staircase of the town hall building in Starometska one July afternoon in 1992, and got married in a beautiful gilded room in front of a dozen strangers and three friends. I wore a nightgown. Z wore a suit and looked a bit like a waiter, which he was. My guest and witness was my boyfriend. Z’s was his best friend. Our third guest was Maria, the lady who had introduced us.

“Eva. I have friend for you. He want speak English. You very good teach English.” Maria told me in her own broken patois of English and Czech. Sometimes she threw in some German or Russian words to get her point across. It was all about efficiency.

I considered what she was saying and tried to read between the lines. In the time I had been living and working at the Pension Maria owned, I had learned that when she told you something, there was often more to it than she initially revealed. Maria usually had an agenda. She was a chronic matchmaker, for example. But I had a boyfriend and had no interest in trading him in. I proceeded with caution.

“Ok… So, what does he need, exactly? Does he speak any English? Is he looking for conversational coaching?”

Oh. So, this was someone she knew from home. Roznov was a quaint sort of place I had visited with Maria. Maybe this guy was a childhood friend or something. “Ok. Well, maybe we can meet and figure something out.”  I said. “Ok!” said Maria and kissed me on the cheek.

Maria arranged a meeting and Z came over one beautiful afternoon. We sat in the shade of Maria’s fruit trees. I assessed this potential student.

“Your English seems excellent.” I told him.  Are you interested more in guidance around writing or syntax?”

Z leveled with me. “I don’t need an English teacher. I am looking for someone to marry.”

“Ok…” I said, not really sure what to do with any of this information. “I am in a relationship with someone in America and I want to emigrate there to live with him, but I cannot. Unless I get married.”

And then I understood. I let it sink in. This guy was in love with a man who lived in America. He just wanted to be with him, but they couldn’t marry each other. So, he decided to find a woman who would help him.

I thought  ‘well, I can’t do that.” But, I reasoned, I would help him find someone who could.

He and I met regularly to talk about it. We got to know one another. The more I knew Z, the more I thought about how heartbreaking the situation was, the more invested I became in helping him, until one day, I saw that the answer was sitting across from Z at the cafe table. I agreed to do it.

We married that July and soon flew to Rhode Island together. We lived together for a year (for greater authenticity). Then, Z finally went to live with his lover. We didn’t divorce because neither of us saw the need. We only terminated our marriage years later when my long time boyfriend proposed to me. There was a part of me that felt sad to no longer be linked to Z in this way.

Later, my “real” marriage fell apart. Sometime after that, Z married his partner in a “real” wedding in New York. I wept, thinking of how he had not been allowed to marry his partner when we met.  I thought about how we had entered into what was, in the eyes of the state, an illegal and fraudulent arrangement, because the world that we lived in refused to acknowledge Z’s “real” relationship.

But was our marriage a fraud? I loved Z, and he loved me. Z always told me the truth. Z always took care of me. What else could a girl ask for? Our marriage lasted longer than 50% of marriages. We call each other “xhusband” and “wifey.”

I doubt I will ever get married again. I’ve been down that road.  I’m in a great relationship now, but I already had the perfect marriage. Why mess with perfection?